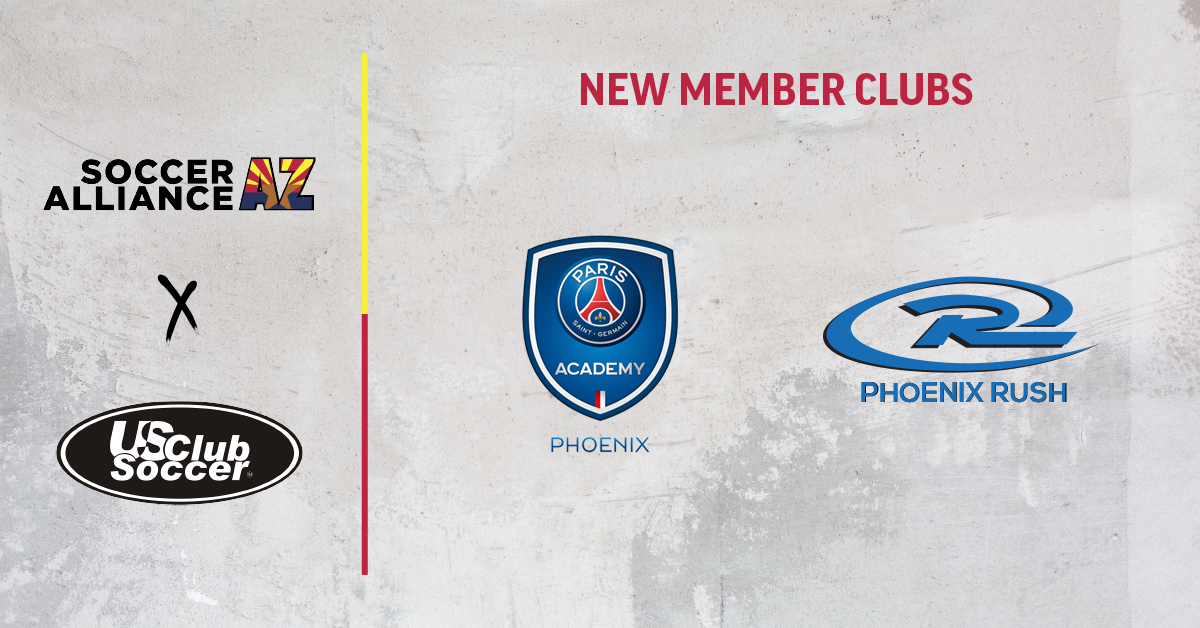 CHARLESTON, S.C. (May 9, 2022) – The Soccer Alliance of Arizona (SAAZ) has announced that Phoenix Rush Soccer Club and Paris Saint-Germain Academy Phoenix will join the league, expanding it to eight members overall.

Clubs seeking to join the SAAZ may fill out a form here. There are two more rounds of acceptance deadlines and member announcements: May 15 and June 1. For questions, please email info@soccerallianceaz.com. The league is also hiring an Operations Director; interested applicants should review the announcement.

Beginning in the fall, the SAAZ will offer multiple divisions of league play to accompany all levels of play.

Arizona Development League (AZDL)
The AZDL’s U-11 through U-19 boys and girls teams focus on competitive play for players or teams that are still looking to develop. Higher divisions for each age group will utilize a hybrid model of centralized field locations to provide an event that is more than just a single game. Lower divisions for each age group will focus on more of a geographical/regional alignment to reduce travel expectations for families. The promotion and relegation process allows teams to move up and down for additional competition.

Youth Academy
For U-10 players and younger, a series of home and away jamboree-like events will take place in coordination with member clubs.

ABOUT US CLUB SOCCER:

A National Association member of the U.S. Soccer Federation, US Club Soccer fosters the growth and development of soccer clubs in order to create the best possible environment for players of all ages. Anchored by Players First and its five pillars of Club Development, Coaching Development, Player Development, Parent Engagement & Education and Player Health & Safety, US Club Soccer offers registration, league- and cup-based competition platforms, player identification and a variety of other programming, resources and services.

US Club Soccer is sponsored by Nike and supported by LaLiga through a technical partnership.